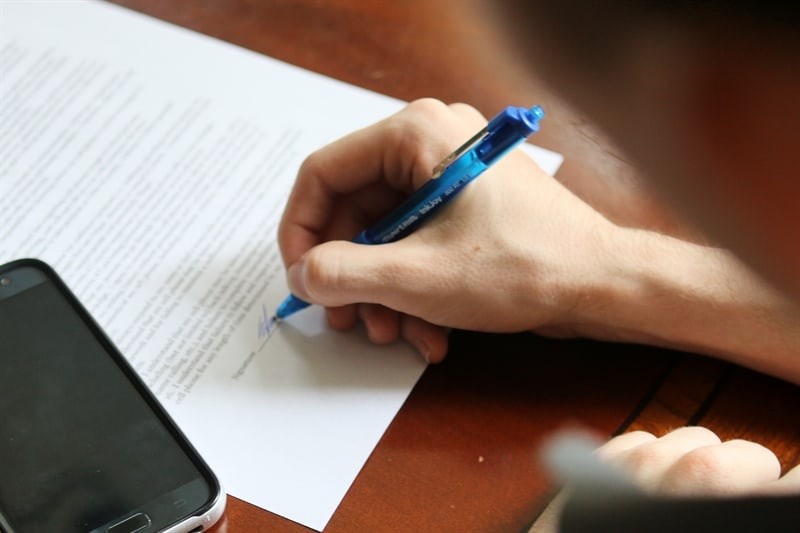 Building strong “digital citizens” does not begin with a smartphone contract.

You (nervously) just gave your teen his first smartphone. Now you are on a strategic mission to build a responsible “digital citizen,” although you’re not exactly sure what that means. You have done your homework and have decided to meet on neutral ground with a well-thought-out plan to ensure a safe, positive phone experience: a smartphone contract.

Like an ancient rite of passage, the signing of this important document by you and your teen will prove their maturity and your responsibility as a good “digital parent.” The contract seems to be the perfect solution to increase the understanding and seriousness of smartphone ownership, plus it will build good habits, character, and responsibility. Your nerves are starting to calm down, this is a brilliant idea!

After trying this incredibly popular tool, many parents have discovered that the family smartphone contract is just not worth the paper it is printed on, nor is it worth the high hopes and emotional energy invested in it. Building good “digital citizens” does not begin with a smartphone contract. So, before you print off that contract and call your teen out of bed, off the video game, or away from Snapchat to sign it, you may want to read on.

Before we dive in, let’s state the obvious: the fact that we are allowing our children to use a tech tool that is questionable enough to require them to sign a written contract should raise a huge “parent” red flag! What are we thinking? Configured with built-in distractions, temptations, and traps to gather personal data, smartphones are not intended for kids. In addition, smartphone contracts establish a dangerous mindset, giving parents a false sense of security and giving teens a false sense of “power.” 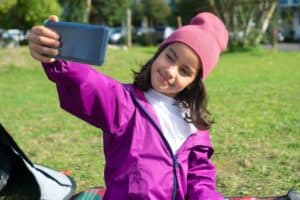 7 Reasons Smartphone Contracts May Not Be Best for Your Family

1. You are dealing with a teen brain.

Contracts are not for kids. The frontal cortex (executive control judgment center in the human brain) is not fully developed till approximately age 25. Scientifically and practically, teens may be really smart, but intelligence has nothing to do with maturity. Their lack of maturity shows as they plead with you and chip away at your leadership through utilizing the following “wear down” skills:

Some will even spend hours writing “legal briefs” to negotiate their position. You will be impressed, but don’t give in to that underdeveloped frontal cortex! Simply smile, and encourage them to pursue a law career instead. Your brain is mature, theirs is not.

2. You can’t trust them–and that is okay.

Most tweens will be eager to blindly sign the smartphone contract so they can get their hands on the prize, but they will not follow it. Older teens not only think they are smarter than their parents but, while the ink is still wet on the signatures, they will be calculating the loopholes. Remember, it is their job right now to test the boundaries, bend the rules, take risks, seek novelty, seek low-effort-high-reward activities, and have fun at all costs! Would you really trust them with the keys to your shiny new sports car because they signed a contract not to go over the speed limit? Your car insurance company doesn’t, and neither should you!

3. We don’t make deals with our kids.

A contract is like “making a deal” to a teen: “You (the teen) do this (behave well on social media) and we (the parents) will do this (keep paying for your phone). Deals seemed to work when they were little (“Eat your green beans and you can have your dessert”), but that stage has passed. You are the parent, you do not make deals with your tweens and teens now, you lead them instead with reason and logic. Don’t believe that deals are working for other parents either, according to the emails filling my inbox, parents who are making “phone deals” are waving a white flag over failed contracts. As one mom put it, “The contract experiment was a failure at our house. Our daughter is being seen by a psychologist for social media anxiety now. The only thing that works is me being more involved, receiving her texts on my phone, checking her apps and content every night, and physically taking her phone when we gets home from school. She has proven that she can’t manage it on her own.”

4. Teens are not your equal; you are the parent.

A contract implies that both parties have an equal say and there will be compromise on both sides. Your teen will mistakenly think that they are your equal if you give her a contract and then begin the negotiation process; they may even think that because they know more than you about how to operate the phone, they can renegotiate the contract at any time.

5. A phone contract may damage your relationship with your teen.

Choosing phone rules written by loving parents who care enough to set limits and healthy boundaries will be a much better choice than a contract. Your teens’ greatest need is to be unconditionally loved by their family, and the very nature of contracts may make them feel like they are an outsider (you against them). Family conflict increases when rules are not clear and concise and when contracts are broken.

If you are still convinced that your smartphone contract will work, let’s talk about that chore chart from years ago. How did that work out? If you are like many families, that well-crafted chore chart is under a magnet on the fridge behind the pizza take-out menu–at least that is where ours is. It got used for almost a week and then it lost all of its power. This will happen to your cell phone contract, too. You can’t expect your children to follow a phone contract when they can’t consistently follow simple directions to floss their teeth, unload the dishwasher or empty the litter box without your constant prompting.

7. Smartphone contracts are impossible to enforce.

In a recent survey of teen drivers (1), more than 80 percent admitted to using their smartphones while driving, I’m pretty sure that clause to not text and drive is in every teen smartphone contract. Most weary, exhausted parents, unable to track all cell phone activity, have no idea what their kids are even doing on their phone or social media for eight hours a day. How can parents enforce the contract? A lot can go wrong. And quickly.

Eric Goldfield, a Charlotte, NC Counselor says: “I never recommend contracts for screen management. There is a level of parental naivety if they think contracts will keep their kids on track; they are hoping for accountability but are getting avoidance of consequence instead. Kids know that they don’t have to follow the contract because there is no way to enforce it. There is no investment on their end because they know that their parents can’t keep track of their phone activity. The parent is giving all the power back to the child with a contract.” 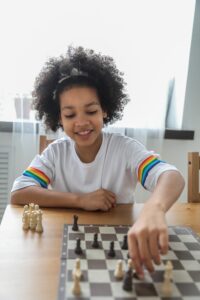 Is there a better option?

Sure! Your teens don’t need a contract to be good “digital citizens”. Instead, try the following:

The idea that a “magical” smartphone contract will protect your kids and keep them responsible is a myth. These powerful devices are designed to capture our kids’ attention, their time, their innocence, and, unfortunately, their childhoods. Parents, keep in mind that you are in charge! You have permission to rethink this phone decision and the responsibilities and stress that it brings. Stop worrying over raising good “digital citizens” and focus on raising good kids first; you won’t need a contract for that.

For more tips on how to manage cell phones, including setting rules instead of signing contracts, visit us at https://screenstrong.org//cell-phones/. Check out the ScreenStrong approved, Gabb phone. If you’re looking for encouragement and support from other parents who are concerned about screen use, join the ScreenStrong Families Facebook Group.

Melanie Hempe, BSN, is the founder of ScreenStrong, an organization that empowers parents to delay toxic screens—video games & smartphones— for kids & teens while increasing healthy activities, life skills, and family connections. Through ScreenStrong, she provides easy education on brain development, the effects of screen use on kids, and solutions for parents who desire to free their kids from screen addictions. Melanie helps parents reclaim their kids by delaying the use of toxic screens and reconnecting families.
PrevPreviousGetting Your House Ready for a Low-Tech Summer
NextWhy Real Play Benefits Your Son More Than Video GamesNext
Menu
Menu
Menu
team@screenstrong.org
301 E. John St. Suite 163, Matthews, NC 28105 | Copyright © 2016-2022 | 501(c)3 EIN#: 47-5470710